We are deeply saddened and moved by the suffering of those around us and around the globe caused by the current Corona virus outbreak. It’s a story that must be told and still photographs can tell that story in a way most mediums cannot. To that end, in this issue we highlight three pieces of photojournalism that report on the new-normal caused by social distancing and lockdowns. We also bring you two stories that explore that heart and soul of being human, one that goes deep into Margaret Bourke White’s famous Migrant Mother and another that documents one photographer’s act of saying Good Bye. There’s more including side light in nature photography and a stunning look at large format film vs. digital output. Before we get started let’s take a moment to reflect on all our fellow humans dealing directly with pandemic especially those who may have lost a loved one.

The New Reality In Photographs

Video footage of empty streets is saturating the nightly news these days. But, nothing tells a story like a collection of thoughtful still photographs. We found the following collections to be compelling.

Adjusting To The New Normal 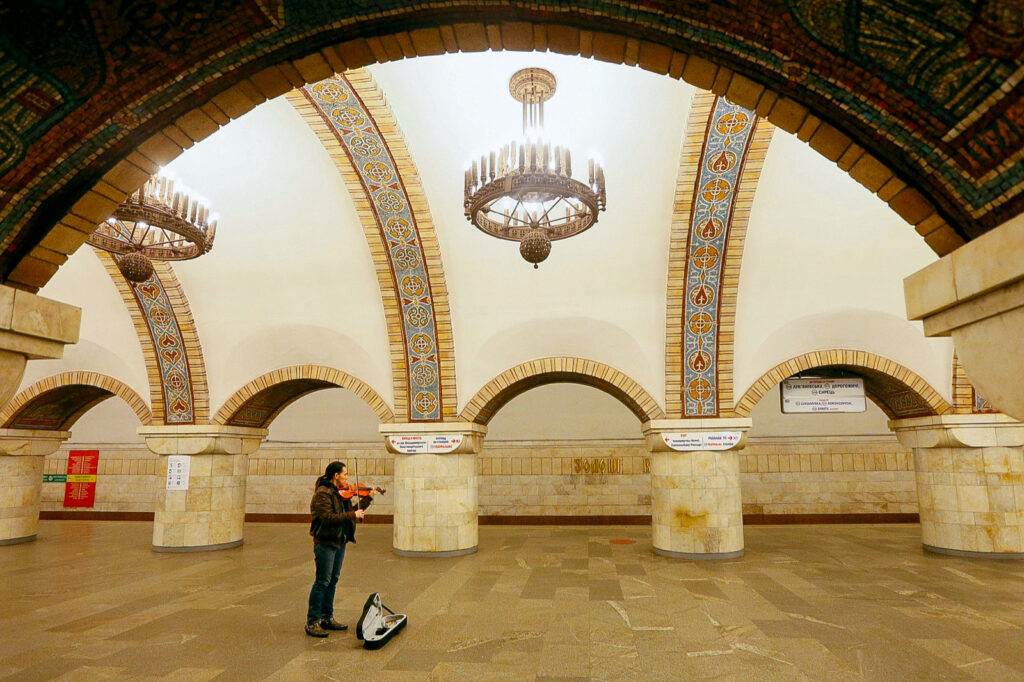 This collection we discovered on Flipboard emphasizes loneliness in normally vibrant places. It’s a juxtaposition that leaves you feeling like a visitor on another planet. 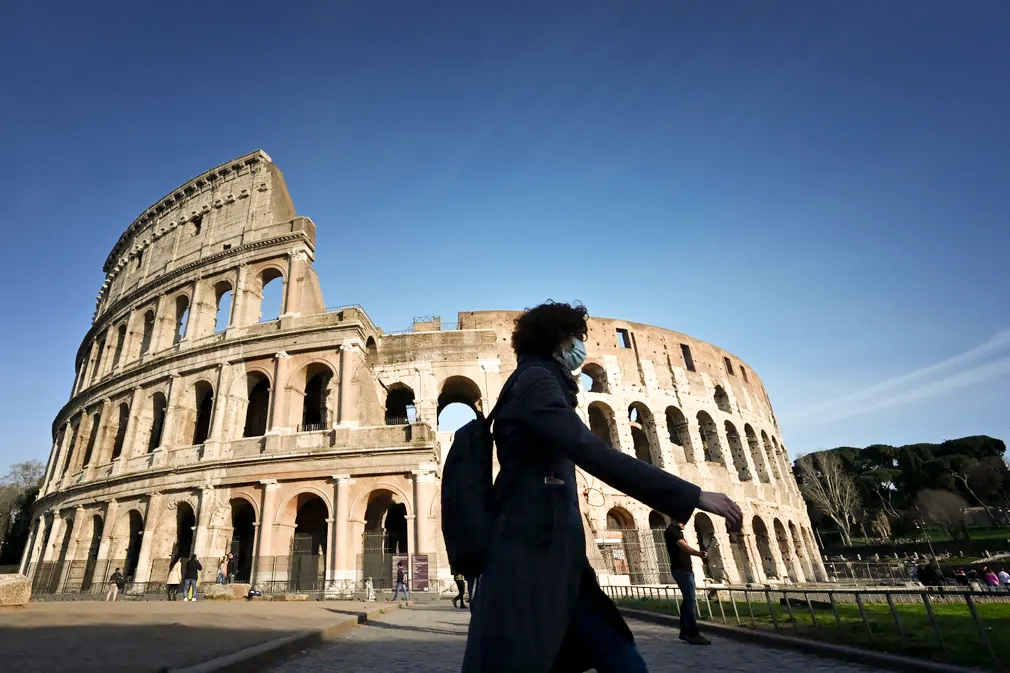 Probably the most severely affected country by the COVID-19 is Italy. It’s normally swamped with tourists and their selfie sticks every day. These images help you see Italy’s ancient cities in a way you never could in normal times. If you’ve ever experienced the plague of tourists that descends on Venice each day you’ll realize that these images may be a one-in-a lifetime phenomenon.

See the results of the virus in Italy HERE.

The Eerie Sensation Of Seeing Images Of Empty Places 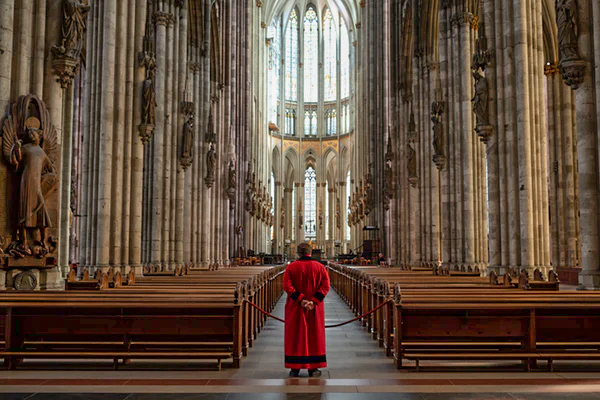 The absence of people in pandemic images provides us with the ability to see into the distance with endless visual perspective. We feel as through we are alone in the landscape; heroic adventurers. 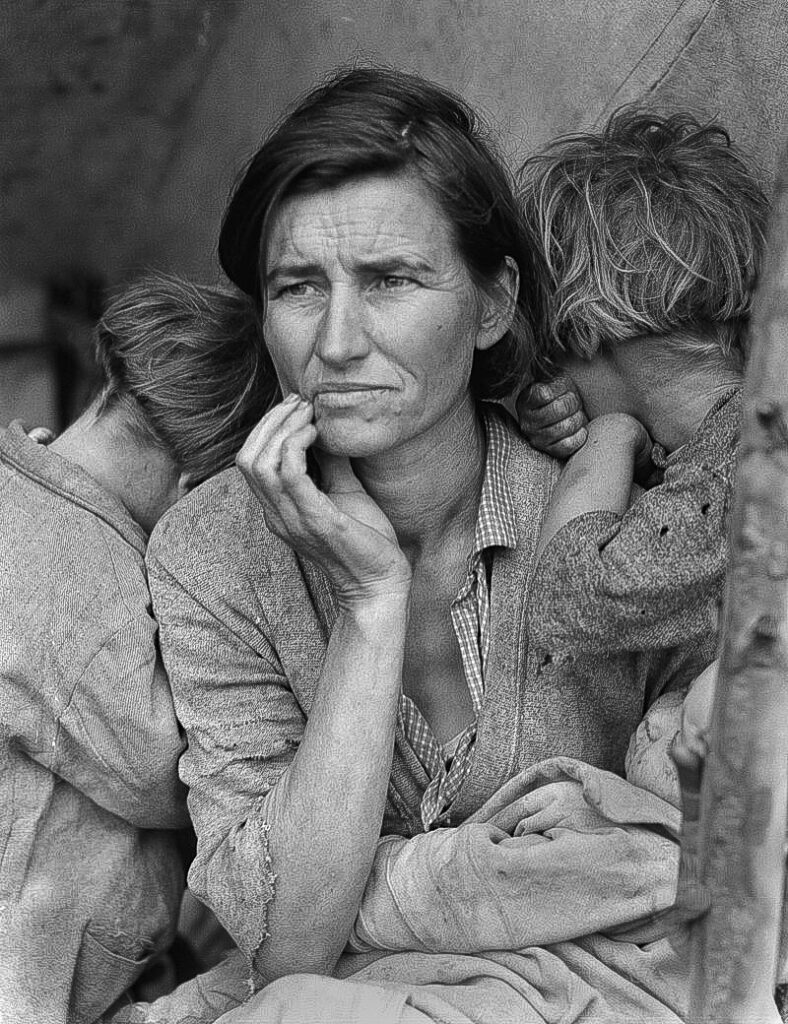 Seen by most Americans, Dorothea Lange’s famous photo of Florence Owens Thompson, known as The Migrant, tells a story. It has become the defining image of Depression Era photography; “… an iconic representation of true American
grit in the face of adversity.” But there is a lot more to how this image came about. Years after encountering Thompson and her children Lange described the image as the spontaneous result of detached photojournalism. Our tendency is to believe that narrative until we realize that she was using a large format, single image Graflex Series D camera. It’s not the kind of camera you would use for spontaneous photojournalism. Yet, Lange shot six images in the session. So, how did that image really come to be? What ever became of Florence Owens Thompson? And, why was one of Thompson’s children later
quoted as saying; “Mama loved to have fun… “They were tough, tough times, but they were the best times we ever had.” You, as a dedicated photographer, need to know the real story!

27 Years Of Waving Goodbye To Mom And Dad – Heartwarming 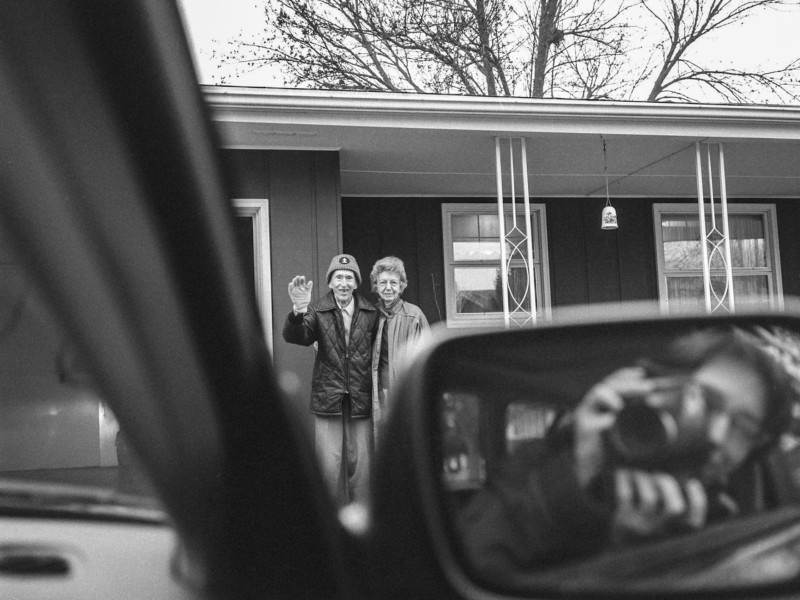 Heartwarming for sure. Heartbreaking possibly. The natural arc of life can send our parents to a smaller, more manageable home in a seniors community. We visit them as often as possible to check up on their well being but frequently just to get a dose of the love when knew so well growing up.  There is always the “good-bye” wave at the end of the visit. Deanna Dikeman’s series started almost by accident while documenting the rest of her family but after nearly three decades both parents are gone. Two of the most notable images are the ones where first, her dad is not in the photo and the final photo, with no one in front of the house.

Best Digital Camera For Pros And, For You 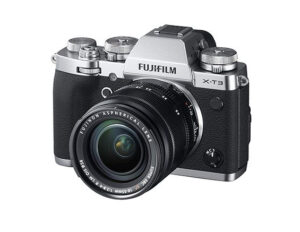 If you’re a regular reader of this newsletter you may not be a paid, working pro but we bet you could easily be one. If only you had the time and cash to pursue photography full time you would… well, we know. Having the camera knowledge that you do possess, we thought you’d find it entertaining to see what Digital Camera World says are the best cameras for a pro. You know what works for you. Let’s see if the publication feels the same. We trust that -you- know better.

See how your evaluation of the camera landscape compares HERE.

Have Digital Cameras Caught Up To Large Format Film Cameras? 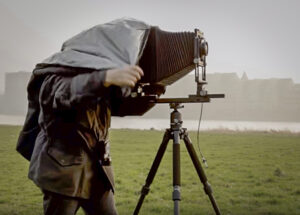 Imagine if you had to individually, one by one, load film into your camera to make a shot. Each sheet of film would have to be completely protected from light contamination by using a dark bag. In that closed bag you would have to place a sheet of film onto a film holder that would later be loaded into the camera. Once loaded we couldn’t forget to remove the door from the holder so the light through the lens could hit the film. We won’t go into the gory details of actually focusing the camera. But, but, but…. the image quality produced by an 8” x 10” large format camera is so good it can seem surreal; unbelievable.

Don’t believe us? Give this article a read HERE.

Watch this video to see what it takes to set up and use a large format camera in the field HERE. 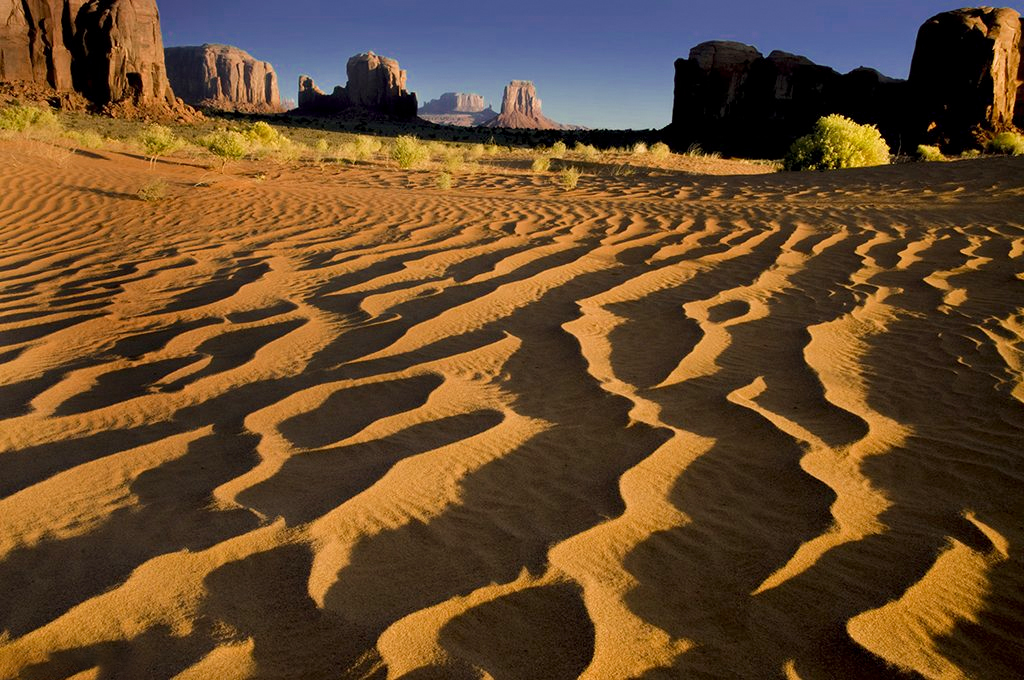 Simple advice is quite often stellar advice. For example, take that landscape you traveled far to take. The sun is settling low behind you. Your foreground and rear elements are lining up exactly right. And, darn! The scene is lit too flat to create any drama, sending your image to the average pile. Why? because the sun was behind you thus eliminating the shadows that create depth and texture in a landscape. This article will go deeper into why you need to pay attention to the direction of your light.