Welcome again to HDR News. It’s new product time with lots of interesting stuff hitting the market right now. Apple’s long awaited Pro Display XDR, the Fujifilm X100V camera and Nikon’s replacement for the venerable D5 are all covered in this issue. There’s also an interesting development in the world of drones and it’s not consumer friendly. And, we had so much feedback to our landscape issue last month that we’ve included a great video to help you reduce the equipment you lug around with you out there in the field. Let’s go! 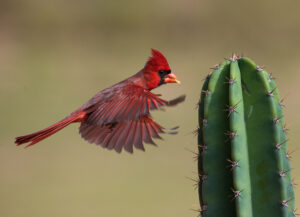 You may never get to shoot with Canon’s flagship cameras or their $12K 600mm f4 lens. The next best thing is to follow along with some professional bird photographers and watch them in action close up. That’s just what you’ll do by viewing this video. You’ll also see the kind of images that equipment puts out: amazing!

See how birding with high-end equipment is done HERE. 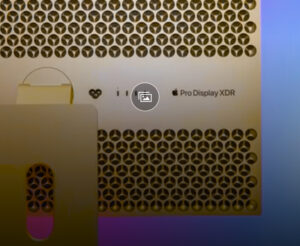 It’s been highly anticipated and evaluation units have finally reached reviewers like C/NET. The initial reaction to the product as been, “Wow”. This publication is touting the monitor’s best-ever blacks: “… some of the best blacks…in a desktop or laptop monitor…”. Just as impressive appear to be the skin tones. At $5,000, though, shouldn’t the monitor include the stand? And, let’s not mention the stand’s serious limitations like lack of swivel. Nevertheless, this is a “pro” product where performance is the primary measure with price merely a data point.

Learn more about the display HERE. 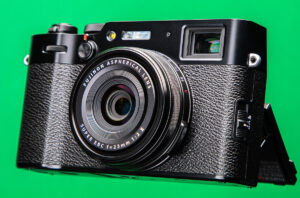 We tend to focus on interchangeable DSLR and mirrorless cameras in HDR News. Bad on us because there are any number of all-in-one, point and shoot cameras that deliver super results and are so compact that they almost become part of you. The real story with the X100V is the image quality. When we saw the sample images that populated this article, we were suitably impressed. But, judge for yourself. Could this be a Leica M10 killer?

Read about the camera experience HERE.

See the great image quality of the Fujifilm X100V HERE. 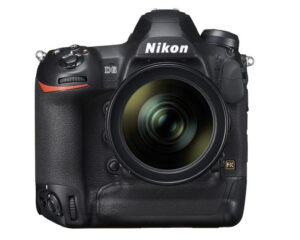 There are pro cameras and there are “pro” cameras. At the top of Nikon’s line sit the D5 and the D850. If you looked at the sensor size for each camera you’d expect the behemoth D5 to be the sensor size winner but, the D5 comes in at only 21 megapixels while the D850 sports 46 megapixels. That’s probably because the D5 is all about speed and ruggedness. It’s the camera relied upon at the sidelines of major sporting venues and political event scrums. And, 21 megapixels is very much enough when the image destination is a printed newspaper, magazine or the Internet. Recently Nikon announced the specs of the D5’s replacement, the D6. How do you improve on your top-of-the-line camera? Read on and take a guess at its sensor size before you read.

Get a top line view of the D6 specs HERE.

How To Melt Your Drone 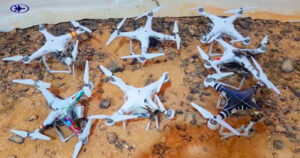 Have you thought about getting into drone photography? The image results from a drone can be spectacular. The problem with drones is they often share the same airspace as commercial and military aircraft. The last thing a commercial or military pilot needs is for a drone piloted by a nouveau civilian operator to get sucked up in their jet intake. Remember what happened when birds were vacuumed into both of the engines on Capitain Sullenberger’s Airbus A320? It didn’t take long for defense manufacturers to see the economic potential in developing drone killing systems. You need to see how well they work and perhaps think about where you fly your drone.

The Only Three Lenses You Need For Landscape Photography 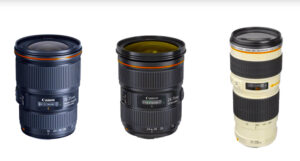 In our January issue we explored landscape photography from the perspectives of composition and technical settings. But, many of our readers wanted to know what the bare complement of lenses is needed to cover all situations. We recently ran across this video by accomplished landscape pro Mads Peter Iversen that cuts through the clutter and shows you exactly what you’ll need to be fully prepared out in the field.