May 2019 – It’s time to plan your summer photo travel and we’re here to help. Where to shoot is the logical first decision and there are probably no better photo locations in the U.S. than one of our national parks. We start off with an overview of the most scenic national parks which, includes fantastic images from each location. If you’re headed toward Europe this summer we point you to a Scottish isle that couldn’t be more picturesque. We help expand your photo knowledge and capabilities with a collection of long exposure tutorials and there’s much more. Let’s get going!

The Best National Parks For Photographers 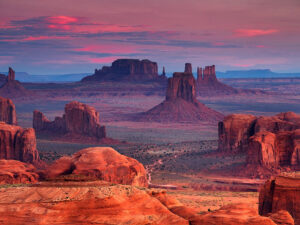 The snow is off the roads and the weather is forecast to be fine. It’s time! It’s time to visit one of our national treasures, a national park. All the national parks are photogenic but some truly stand out as majestic marvels. It’s at these special parks that you’ll be able to replicate that landscape image that you’ve come across before and stuck in your mind. This article ran in 2018 but remains one of the best overviews of the parks. And, it includes an iconic image from each park.

National Geographic’s image standards mimic the standards in used in photojournalism. In photojournalism you don’t create objects or perspectives that were never in the image when the shutter was clicked. You can adjust brightness and contrast. You can burn down or dodge areas. You can even crop. But, you can’t add content that wasn’t originally in the image. If you do add content and run the image you must label the image a photo illustration or alert the viewer in some way. So, what was a wonderful collection of some of the world’s oldest trees lit by starlight may have been reduced to a fraud by some very observant readers.

Read the details of the controversy HERE. 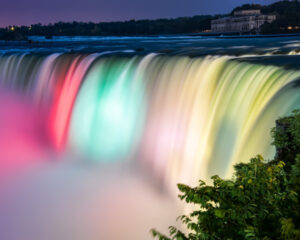 Leaving your camera’s shutter open for seconds or even minutes will put you into an area of photography that delivers impressive and unique images. Of course you’ll capture ubiquitous blurry waterfalls but you’ll also see colors and glows created by the light of the moon and stars. You’ll see moody swirls on water surfaces and city scapes will surprise you. But, there’s more to long exposure photography than just placing your camera atop a tripod and tripping the shutter. These wonderful tutorials will give you the information you need to try long exposures with confidence.

Get the tutorials HERE. 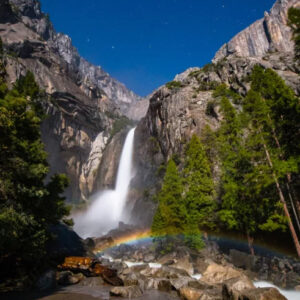 Yes, a moonbow is what you would expect: a rainbow-like band of colors that is created by moonlight reflecting off misty water. This type of photography is beyond “long exposure” photography in that it requires ISO settings that produce images that border on un-useable. Nevertheless, astro-photographer Shreenivasan Manievannan created incredible moonbow photos in Yosemite National Park at the famous Yosemite Falls. Pretty cool. 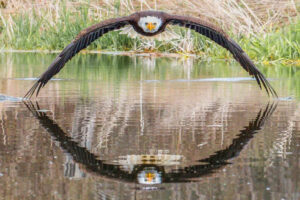 This is a story about Steve and Bruce. Steve is an amateur photographer based in Ontario Canada. Bruce is a bald eagle that was brought out for a fly by the Canadian Raptor Conservancy while Steve happened to be shooting. The story culminates with a rarer than rare image of the eagle soaring straight at the camera with its eye fixed on the shooter. That alone is a story but the symmetrical reflection created by the low-flying bird puts this one over the top.

Life On A Scottish Island Owned By It’s Residents 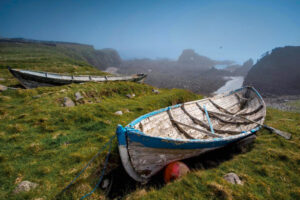 “Getting away from it all” takes on a whole new meaning on the Isle of Eigg. It’s a tiny island sitting off the west coast of Scotland that is owned by its 107 residents. Like much of the Scottish coasts and islands the archipelago is a visual masterpiece. This collection of photos will really put you in the shooting mood.</p>

Here at Pinnacle we’re all about high dynamic range. That’s why this video caught our attention. While our products handle the entire dynamic range of human sight, are there any imaging devices that can produce anywhere near that range. This test of film vs. digital may not put the question to rest.

Get the test results HERE. 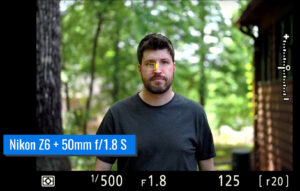 Photographers who tend to shoot people need to focus on their subject’s eyes. There’s no way around it. To that end Sony’s A0, A7R III and A7 III have had the feature for a while now. So, what about Nikon’s new Z7 and Z6? Nikon has hinted that eye focusing was coming for those cameras and last week Nikon announced a new firmware update that will add the functionality to those cameras. We’ll wait and see how the new feature performs.

Learn about the firmware update HERE.