May 2018 – Welcome back. If you’re a nature photographer you’re no doubt familiar with our featured photographer this month, Tom Mangelsen. It’s rare that a photographer is ever featured in a television broadcast report yet alone the venerable “60 Minutes”. Mangelsen hit it big in last Sunday’s “60 Minutes” piece and we highlight it here in case you missed it. We expand on nature photography with an insanely rare bird image that even Mangelsen would be proud to have taken and we push convention by considering telephotos for landscapework. Then it’s time to dream about using one of the sharpest and most expensive tale-zooms out there. We also look at famed cinema director Stanley Kubrick’s early days as a still photographer. And, there’s more. Let’s dive in! 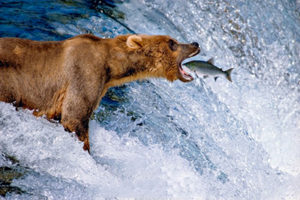 Tom Mangelsen has labored at the craft of wildlife photography for over four decades. Based in Jackson Wyoming with eight galleries spread across the west and Midwest he’s quietly built a nature photography empire based on photographic prints that bring the viewer face to face with nature’s wonders like cougars, grizzly bears, elk and African wildlife. He’s waited, hidden in the wild, for weeks at a stretch to catch images of a lifetime. A visit to one of his galleries will amaze you. One particular image is a close-up of a lynx that reportedly took most of his career to realize. Last Sunday the weekly news show “60 Minutes” did a feature on Mangelsen, which included his friendship with nature researcher Jane Goodall.

One In A Trillion Nature Photo 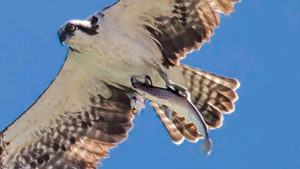 OK. A shark catches a fish for dinner and the fish dangles from the shark’s mouth. Out of the skies above swoops down an osprey to snatch the shark with the fish still in it’s mouth. This is the food chain in a single image. You gotta see it.

Check out the rare image HERE 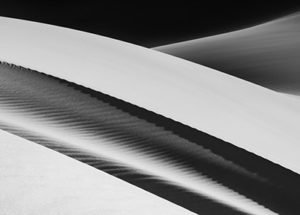 In our humble opinion wide angle lenses are difficult to use if your photographic vision is creating simple, elegant landscapes.
Many landscape photographers believe that wider is always better. We disagree. Nothing helps you focus on creating a powerful composition than eliminating extraneous components in your frame. A super wide-angle lens bringsin more details into your image that may detract from your message. And, there are other problems when relyingon a very wide angle lens not the least of which is pushing your dramatic mountains in the background fartherand farther away, making them insignificant in your image. Are these fighting words? This article may change your mind.

Read about landscapes with telephotos HERE 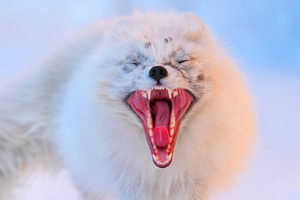 Are you into shooting birds, animals or sports? Well, then we know you covet long lenses like a 300 f2.8, 400mm f4 or even
a 600mm f4. These lenses are the finest lenses made by the manufacturers that produce them and, they are correspondingly expensive. You could encounter a five-figure price tag acquiring just one of these lenses. What if you could get the same or better quality of a fixed telephoto in a long zoom? You can and here is a hands-on review of Nikon’s re-entry into this space with a 180-400mm, constant f4 aperture, killer lens. The sharpness and contrast of images coming out of this lens will get your adrenaline pumping. 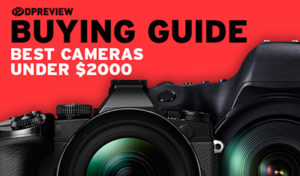 Pro photographers often say that the best camera is the one you have with you. In other words, it’s not about the camera, it’s about the photographer. Nevertheless, those same photographers will spend weeks or months checking out the specs and reviews of equipment they intend to buy because there’s a little bit of gear nerd in all serious photographers. DpReview is known for the quality and depth of its camera reviews and this one puts together their top choices in the sub $2K price bracket in an easily condensed and absorbable format.

Learn more about your next camera HERE

Only Stanley Kubrick Can Pull It Off 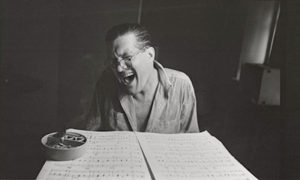 What we mean is, Stanley Kubrick is known in cinematography circles for his frequent, against all norms, composition. His go-to cinema composition is to place the highlight of the image in the exact center of the frame. If you drew diagonal
lines from one corner of the frame to the opposite corner, the intersection point in the center is Kubrick’s spot which is about as far from the Rule Of Thirds as you can get. The rest of the elements in the frame fall out in perfect symmetry giving the viewer a most uneasy sense of discomfort. Few people know that Kubrick spent five years as a photographer for Look magazine before turning to cinema. This article features his photographs from that period where he employed a more conventional sense of composition yet, you can see the beginnings of his iconic cinematic technique. It’s an interesting collection of images.

You can check out early Kubrick HERE 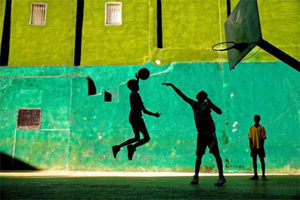