Welcome again to HDR News. Labor Day weekend is here and the beautiful foliage of autumn is soon to follow. This is when you can make your most awesome photographs. In this issue we focus on the photographic fundamentals; focus, depth of field and composition. We also alert you to a great photo collection that is updated daily and will inspire you to push your creativity. In the area of new gear we must check out the EISA awards where you’ll be surprised at some of the winners. Let’s get going!

Exactly Where Do You Focus For That Landscape Shot? 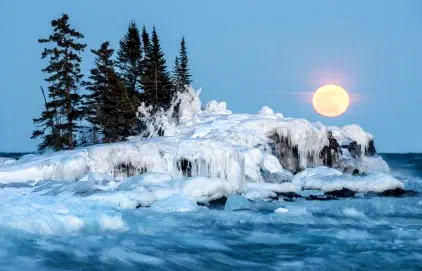 Listen all landscape photographers. Do you know where in the frame to focus for best results? For a great landscape image this is arguably the most critical decision you have to make after you compose the shot. If you don’t know where to focus or even if your’e just not quite 100% sure, you’re going into the field unprepared. Here is a great explanation on where to focus to make sure your landscapes are as sharp as they can be throughout the image. There is one mention of “hyperlocal focusing” but it’s easily and cleanly explained.

Learn where to focus HERE.

Photos Of The Week 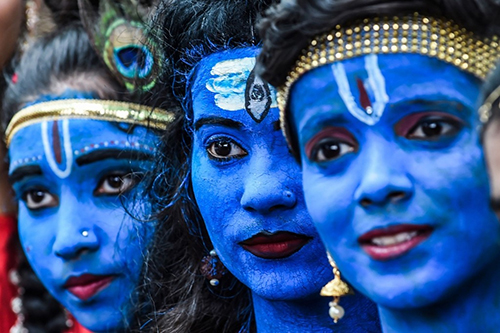 Viewing and analyzing great photos is probably the best way to improve your own photo skills. In the quest for finding great photos to study theInternet is our best friend. There are daily compilations of current photos everywhere. There’s so many to choose from that you have to decide which ones are best for you based on the type of photography you do. We have one for you to inspect at the PhotoDesk of the Flipboard website titled “Photos Of The Week”. Each weekly collection is by journalists from around the world and if you devote a little extra attention to the images you’ll see how good photographers make beautiful compositions out of daily occurrences. You’ll see great examples of The Rule Of Thirds, leading lines, interesting backgrounds and just about every composition technique out there.

Dial in to Photos Of The Week HERE. 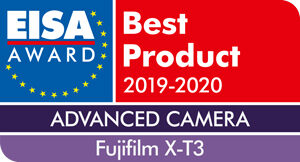 The European Imaging And Sound Association has been bestowing “best of” awards yearly since 1982. The association is a group of 55 special interest magazines from 29 different countries. They bestow awards in 22 categories and winning one of their awards is a big deal in the industry. We photographers are always looking at new gear we can add to our bags. Knowing about the winning EISA products can greatly inform our choices. Before you check out the article take a guess at the winner in the first category “Advanced Camera” before you read the article. You may be surprised.

How To Use Aperture Mode – Correctly 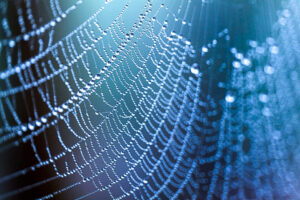 Your camera most likely has M, A, S and P modes: Manual, Aperture priority, Shutter priority and Program. Aperture priority is most valuable when you want to control your aperture setting to ensure the depth of field for the scene you’re shooting. A low aperture like f2.8 is great for people shots because it will blur out your background. A high aperture like f11 is great for landscapes because it helps ensure the foreground and background will be in focus (see the Exactly Where Do You Focus For That Landscape Shot? article above). However, Aperture priority can really ruin your photos because of related camera settings like ISO. This article will explain those settings.

Get up to speed on aperture mode HERE. 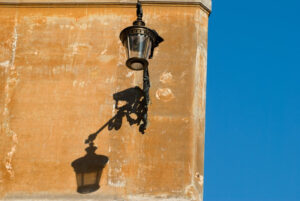 There are so many composition rules out there that this little cheat sheet in Photography Life resonated with us. One look at this handy item and you’ll tap your forehead and say “Oh yeah, I forgot about that rule”. Trying to implement a rule you may have forgotten can light a spark while you’re in the field and help you come back with a few more good images than you planned.

You can more deeply explore each rule in the tutorial HERE. 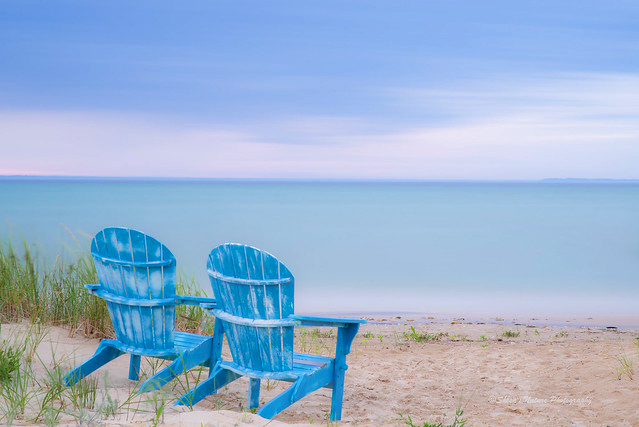 The Labor Day weekend is upon us, marking the end of the summer beach season. If you’ve been shooting away at the beach on the weekends this year you may be looking for some new perspectives to spice up your images. We found this piece on the Light Stalking website which goes beyond just telling you about photo ideas; it has great image samples.

Meet The Photographer Who Captured Woodstock 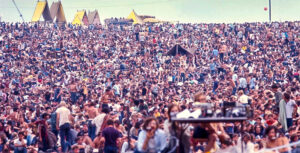 The Woodstock event marked its 50th anniversary this August. It’s a nostalgic marking for aging hippies and a shining example of peace for those that follow. Only one photographer had an All-Access pass at the generation-defining music event: Henry Diltz. He arrived at the festival two weeks before the event and started shooting. He rarely put his camera down and captured sweeping and individual moments of the entertainers and the attendees. Here is a recent video interview of Diltz where he recalls the experience. It’s a piece of history.

July 2019 – Welcome again to HDR News. If you haven’t already, make sure you you get your free v3.5 upgrade of HDR Expose, HDR Express and 32 Float. The upgrade has increased OS and camera RAW compatibility, native support for Apple Retina displays and more. Best of all it’s a FREE upgrade. You can download them here by clicking on the Trial/SW Update button. In HDR News this month we have nice image collections featuring wildlife and man’s/woman’s best friend. There’s a look at camera intros, memory cards, a feature on a new and affordable landscape lens and some inside rumors on the future of DSLRs. Let’s dive in! 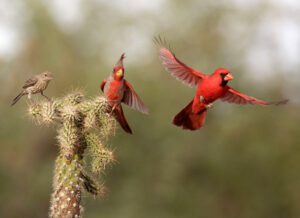 The Audubon Society received over 8,000 entries for the 10th Annual Audubon Photography Awards. So many photo competitions these days can be merely a business that runs on competitor’s entry fees. The Audubon Photography contest is all about nature and fine photographs. The winning images are presented large and are nicely described by the photographer. Best of all, these images are really good. 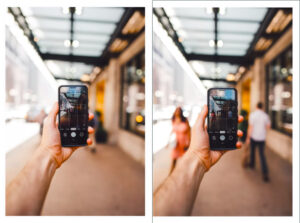 Depth of field? Bokeh? Well, when talking about fast lenses shallow depth of field and bokeh (quality of out of focus areas) are the topics that are thrown about. Usually those pontificating about fast lenses would be hard pressed to identify an image produced by an f1.8 lens or an f1.4 lens. Here at Pinnacle we think that observation extends to f2 lenses as well but that’s just our issue. The price differential for jumping to a faster lens can be astronomical. For example, a Nikon 85mm f1.8, an excellent lens, is priced at about $425. The Nikon 85mm f1.4 is priced at about $1,445: over a thousand dollars more! If you want to dive deeper into the controversy check out this article.

Make your own decision HERE.

The “Best” Memory Cards For Photographers 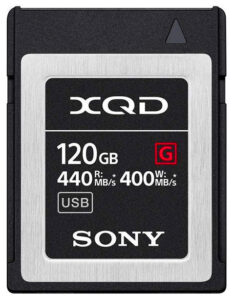 When we were all shooting film our choice of film stock was a serious artistic matter. Our decision points were the film’s grain structure, color bias, saturation and contrast. For memory cards in today’s digital world you could narrow down the criteria to just two non-artistic criteria, reliability and speed. Some would argue that reliability is the only factor that matters. Photographers equate brand with reliability. If you’ve been using a SanDisk, Lexar or other card for years without a lost image, you’ll be buying that brand continually until… you lose an image. Check out this article to see what Popular Photography thinks are the “best” memory cards.

Get up to speed on memory cards HERE. 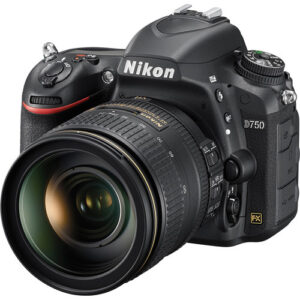 It’s tough to turn a profit in the camera business. Margins are thin and new products must constantly be introduced to meet the competition’s relentless pursuit of your customer base. Now that mirrorless cameras are the bright lights of the industry the choices in DSLRs will be reduced. This rumor article may not be completely correct but it surely will pique you if you’re a DSLR advocate.

Catch up on the rumors HERE. 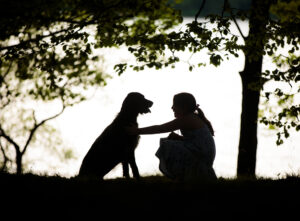 74 percent of people like dogs according to a 2010 Associated Press poll. Today’s political environment probably has you second guessing any poll. But, let’s just say a lot of people like dogs. So, you may be interested in the photos created for the Kennel Club’s Dog Photographer Of The Year competition. This year’s competition drew over 7,000 images from over 70 different countries to compete in ten categories. You may be asking yourself “why would I be interested in dog photos?” The answer is; the photos are good! They’re good enough that you may want to see if you can recreating one or two of the winners. You probably have a dog lying around to give you a hand!

Check out the winning photos HERE. 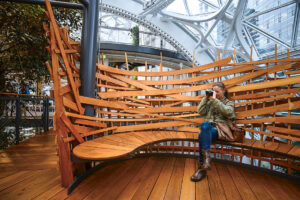 For all, but especially landscape photographers the Tamron 17-35 f2.8-4 lens is a big, BIG deal. It’s got everything a pro photographer requires in a lens. It’s very sharp, well built and affordable. Plus, distortion is nicely controlled. The Tamron 17-35 f2.8-4 sells for around $600 while the equivalent Nikon 17-35 f2.8D IF ED sells for over $1,300 more. dpReview has posted a gallery update for the Tamron lens which you should check out if you’re in the market for a great landscape lens. 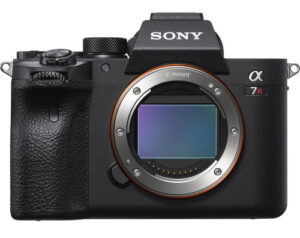 Sony’s flagship mirrorless camera, The a7R IV, was recently announced in Japan. It’s specs will get your attention. It sports a 61mp sensor and produces near-flawless images at very high ISOs; like in the ISO 12,800 range. Really? A 61 megapixel sensor? That’s a lot of pixels. And, let’s not forget Sony’s incredible autofocus with real time tracking and near flawless eye tracking. I could go into the video specs here but it’s best you jump right into the video with dpReview’s Jordan of Chris and Jordan (Chris was fishing while Jordan went to the NYC intro).

Get a first look HERE. 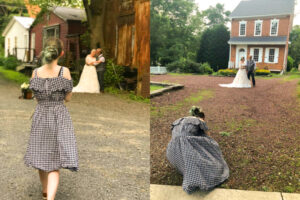 Shooting a wedding may be your dream job or most avoidable chore but the idea of shooting your own grandparent’s wedding has to be compelling. Pro photographer Abigail Lydick revived the wedding day of her grandparents to celebrate their 60th anniversary. George and Ginger Brown were married in June 1959 a year after a chance meeting in a restaurant. This story is about the captured emotions, not the photographic technique. Seeing the heart-generated smiles on the couple captured by Lydick will lift you. There is one particular image that is bursting with happiness.