It’s always nice to break out our cameras and spend some quality time in the field. When we do get out there, having the right gear with us can make getting the image a lot easier. In this issue of HDR News we’ll alert you to a piece of equipment that you probably dismissed but will improve your panoramas and your video footage. We’ll also share the stories of two intrepid British photographers who chase down tornados. Then we’ll look at the photographer who’s had the deepest access to the inner happenings in the White House, ever. Finally, we take a look at a new lens that gets you close to the results of a view camera. Let’s go!

Why You Should Consider A Fluid Head for your Tripod 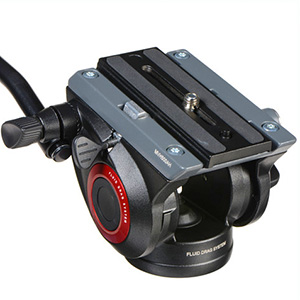 We know you shoot landscapes. And, you most likely shoot multiple image panoramas during your excursions. The results created by the ball head sitting on your tripod tend to be problematic when it’s time to stitch them together to create the panorama. Starting with the far-most left or right section of the scene and then continuing with subsequent exposures across the landscape results in cockeyed images that, when stitched cause you to lose a lot of your photo to cropping.

Why not try a fluid head for your tripod? They were developed for video but their features are an excellent fit for still photography.  Contrary to common assumption, good fluid heads can be found for as little as $135.

Check out this video by photographer Hudson Henry about why you should get a fluid head; you’ll be surprised.

Chasing Deadly Weather – For The Photos 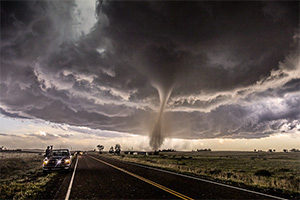 Each spring for the last seven years British photographers Cammie Czuchnicki and Tim Moxon, known as Weather Studios, have traveled to the U.S. to photograph the spectacular weather stretching from central Texas north to the Dakotas and as far east as the Great Lakes during tornado season. They’ve been very productive and very lucky. Finding, following and dodging lethal weather has been treacherous but the photographic results have been beyond amazing.

Cameo Czuchnicki on her first visit: “…nothing prepared us for the impact of witnessing our first supercell (rotating storm)….The scale of the storm, strength of the wind and the speed in which it approached nearly caught us off guard as we struggled to get the car doors shut and escape to safety. We got some great photos though – and our new addiction had started!” 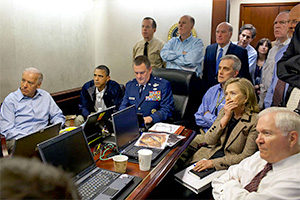 During much of the Obama presidency major publication news photographers from outlets like the Washington Post, NY Times and Time magazine were often shut out of the intimate, day-to-day photo opportunities surrounding the president. Those opportunities went to Chief Official White House Photographer Pete Souza, often under the rationale of crowd manageability but derided as control by the mainstream press photographers.

Raised in South Dartmouth MA and schooled in journalism at Kansas State and Boston University, Souza did a ten-year stint as a staff photographer at the Chicago Tribune. During this period Souza was asked to take photographs for a project documenting Barack Obama’s first year as U.S. Senator which, resulted in the best-selling photo book The Rise Of Barack Obama that featured photos from the 2005 to 2008 period. During the project Souza became close to Obama and eventually was invited to be the White House photographer.

Now that the Obama presidency is history The Guardian has published a fascinating collection of Souza’s photos that take you behind the scenes of this most public of institutions and reveals the humanity of the people inside.

You should think about following Souza on Instagram where you’ll view history from an insider’s perspective. 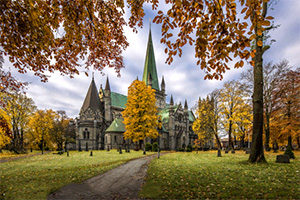 The photos produced by Nikon’s new masterpiece of glass, the 19mm, tilt-shift lens are beyond impressive. It’s delivering interiors without the bending lines that scream “wide angle lens”, landscapes with tree trunks that don’t look deformed and, cityscapes that look like they were shot with a view camera. But at a cool $3,400 this may be a toy we’ll have to rent if we want to use it.  Nevertheless, we can dream.

Take a look at samples from dpReview and Nikon Rumors 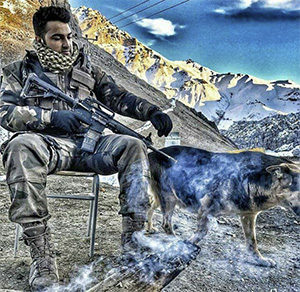 C’est l’heure. Yes, it’s time to make one of our infrequent visits to the (Bad) HDR page on the Redditt website. It’s true, the determination of any “photography” lies with beholder. But, there are some HDR techniques that go too far in our estimation. Techniques like posterization, halos and garish saturation or de-saturation put HDR in a bad light. Hey, we’re the home of “Natural HDR”. So, it’s good to know that there are lovers of photography out there who feel the way we do.

Check out Reddit’s bad HDR page and click on any of the examples on the page for a cleansing of your most malevolent HDR tendencies.