November 22, 2015 – We’re back!  Changing our company name from Unified Color Technologies to Pinnacle Imaging Systems was quite a project.  Now this process is complete! We’re pleased with the results and our new website and we hope you like them too.  During this transition, our team was also hard at work finalizing the latest free updates to all our HDR applications. We’ve improved our merge and de-ghosting algorithms as well as implementing a new automatic noise reduction feature that will produce even better results under the most challenging lighting conditions. If you haven’t already you can download the free updates here: 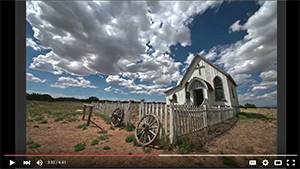 YOU’VE GOT A PROBLEM – You’ve got a photography problem that you may not know about. Your camera’s lens is made up of multiple glass elements separated from each other inside the lens barrel.  When the light of your image passes through each element a small portion of the light is reflected back into the lens barrel creating a haze effect known as veiling glare.  The more high-end your lens the better the coating on the lens elements and the less veiling glare you’ll experience but even the best lenses produce tiny amounts of glare.  Now, when you merge multiple images together this haze is multiplied and becomes a problem that needs to be corrected.  HDR Expose 3 and 32 Float v3 eliminate this problem with our special Veiling Glare tool. Take a few short minutes to see how it works. You’ll be surprised to see it’s effectiveness:  http://pinnacleimagingsystems.com/video-tutorials/32-float-3-0/2 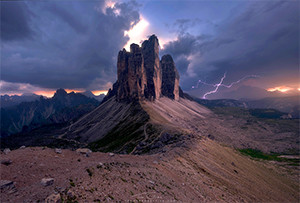 PHOTOGRAPHERS WE LIKE – L.A. based photographer Ted Gore was recently named U.S.A. Landscape Photographer Of The Year by the organization of the same name.  It’s a competition which calls itself “A new international photography competition that puts the spotlight on talented photographers from around the world and celebrates the rural and urban landscape of the U.S.A.”  Ted Gore is the real thing and deserving of his new title. Ted’s compositions push the tried-and-true landscape to the next level with a laser focus on where he wants the viewer to look first and then, keep on looking. His post processing takes firm control of the wide range of brightness in his scenes and delivers a thought provoking mood.  Visit his site.  It’s worth the time spent:  http://www.tedgorecreative.com 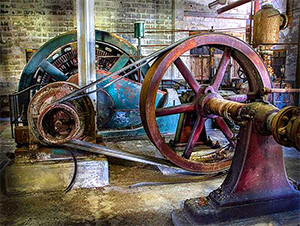 HDR AND BOURBON – It turns out that HDR blends well with bourbon over ice with a twist. Not really but HDR does blend with bourbon distilleries.  In 1919 when Prohibition was signed into law there were over 200 distilleries making bourbon in Kentucky.  By the time Prohibition was repealed in 1933 only 61 reopened which left a lot of beautiful steam engines, bottling lines, scales, barrel runs, fermenting tubs and springhouses to slowly deteriorate; perfect for the HDR photographer.  That photographer is Carol Peachee who spent five years photographing bourbon’s remains and at the same time uncovering a bygone culture.  Now, we’re not fans of the often seen, unsightly, garish HDR over processing and Peachee skirts that genre of HDR but the compositions more than make up for her enthusiastic processing.  You can get a sampling of the photos in her book The Birth Of Bourbon here: http://gardenandgun.com/gallery/tour-kentuckys-early-distilleries#slide-0

PIX 2015, A TALK TO GET YOUR CREATIVE JUICES FLOWING – You may have heard that old saying that when you’re making a photograph, turn around for find an even more interesting scene. Photographer and author Tim Grey makes a similar case and a whole bunch more at his 2015 PIX talk that you can see on the DP Review website. The talk will get you thinking and maybe twist your creative faucet a bit:  http://www.dpreview.com/articles/2958299752/pix-2015-tim-grey-and-reframing-your-story 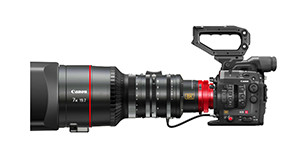 CANON’S PHOTO EXPO BEST TECH SHOW EVER? – Every five years Canon pulls the advanced stuff out of it’s labs and takes it on a four-stop demo show that will leave your jaw on the floor.  “There are 250-megapixel imaging sensors, 8K surround-view movie theaters, cameras that record detailed color video in the pitch-black darkness and inkjet printers the size of three-bedroom apartments.  Check it out here: http://www.wired.com/2015/09/wildest-futuristic-tech-canons-photo-expo/#slide-1